The Marxism and Theology Project 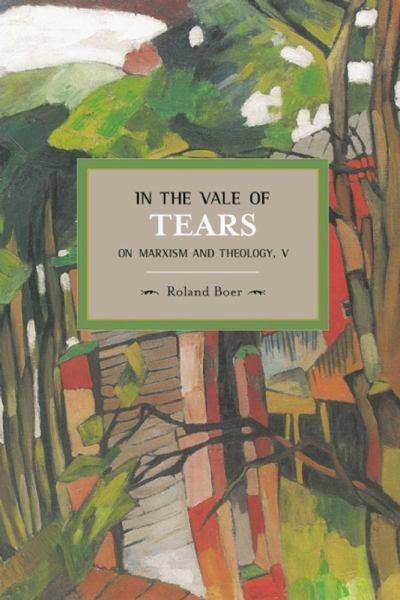 Religious suffering is, at one and the same time, the expression of real suffering and a protestagainst real suffering. Religion is the sigh of the oppressed creature, the heart of a heartless world, and the soul of soulless conditions. It is the opium of the people.[2]

The famous phrase – opium of the people – comes at the end of this text. To understand it, we need to consider the sentences that come before it. Marx points out that religious suffering may be an expression of real suffering; religion may be the sigh, heart and soul of a heartless and soulless world. But it is also a protest against that suffering. Religious suffering challenges real suffering. It question suffering, asks why we are suffering. In other words, Marx allows here a small positive role for religion – as protest. How can religion be a protest? Marx is aware that religions offer a better alternative to our current life. That alternative may be in a heaven or it may be in the future. But the imagination of a better alternative to our current life is at the same time a criticism of this life. Religion in its own says that this life is not as good as it could be, indeed that this life is one of suffering.
Second, for Marx, opium was very ambivalent: it had both positive and negative associations. In order to understand that ambivalence, we need to consider the context in nineteenth century Europe when Marx wrote, a context in which opium had a rather different meaning. On the one hand, opium was regarded as a beneficial, useful and cheap medicine, especially for the poor who could not afford a doctor. (Even in the early twentieth century, opium was still used by doctors to treat melancholy and other ailments.)It was also seen as a source for inspiring the imagination of artists and writers. On the other hand, opium was at the same time (and more so later in the nineteenth century) seen as a curse. Many began to see that opium did more harm than good, for it led to addiction, illness and early death. As a result, opium was the centre of debates and parliamentary enquiries in the United Kingdom, which had benefited so much from the opium trade.  Opium was both praised and condemned; it was seen as both a cheap medicine and a dangerous curse.
Third, it is worth noting that Marx himself regularly used opium. He took opium to deal with his liver illness, skin problems (carbuncles), toothaches, eye pain, ear aches, coughs, and so on. These were the many illnesses that were the result of overwork, lack of sleep, bad diet, chain smoking, and endless pots of coffee. On one occasion, Marx’s wife, Jenny, wrote to Engels concerning one of Marx’s bad toothaches:

Chaley’s head hurts him almost everywhere, terrible tooth-ache, pains in the ears, head, eyes, throat and God knows what else. Neither opium pills nor creosote do any good. The tooth has got to come out and he jibs at the idea.[3]

Apart from voyages by freighter ship and riding my bicycle as far and as long as I can, I like to write. My recent work has focused on the engagements with theology by leading critics in the Marxist tradition (The Criticism of Heaven and Earth, 5 vols, 2007-14; Lenin, Religion, and Theology, 2013). I am currently working on Mao Zedong, pursuing another dimension of this tradition. In the last few years, I have focused on Eastern Europe and China, stumbling on a number of significant (and almost lost) texts relating to early engagements between Christianity and communism. As a result I am the Xin Ao International professor at Renmin University of China (Beijing), as well as being a research professor at the University of Newcastle, Australia.
Αναρτήθηκε από Hypothesis στις 3:39 μ.μ.