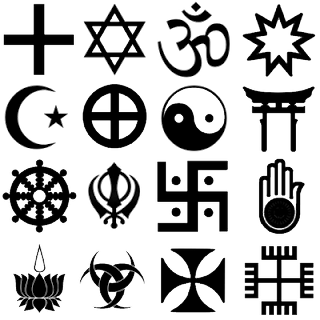 Jean-Claude Usunier, and Jörg Stolz (Eds). Religions as Brands. New Perspectives on the Marketization of Religion and Spirituality. Ashgate Publishing, forthcoming 2013.
Jean-Claude Usunier ((University of Lausanne, Switzerland)
Just consider the following quotes at almost 80 years distance:
“The church cannot engage in marketing. The church cannot put itself on a pedestal, create itself, praise itself… One cannot serve God while at the same time covering oneself by serving the devil and the world.” Barth (1930).
“We shouldn’t be surprised then that religion – whether in the form of a film or a church – is being marketed in the current commercialized culture. In order to be heard above the noise of the rest of society, religion, too, must participate in order to survive.” Einstein (2008).


There can be no doubt: marketing and branding have started to transform religions. Despite ferocious critiques, we have seen the emergence of televangelists (e.g. Oral Roberts, Jim Bakker), celebrity pastors (e.g. Rick Warren), stars of compassion (e.g. Mother Teresa), church commercials, religious “product lines”, mega-churches, branded religious sites (e.g. Lourdes), religious best-sellers (e.g. the Left Behind series), and blockbusters (e.g. The Passion of the Christ). Marketing and branding have not spared non-Christian religions. Think of the success of the Kabbalah centres, veiled Barbie dolls, Mecca cola, the Buddha as a decorative item, or the marketing of the Dalai Lama. At the same time, observers have noted that shopping and consuming may take on religious traits. After all, branding makes products into something “out of the ordinary”, “mythical”, and sometimes even “sacred”. Brand communities have formed around such products as Jeep, Star Trek, or Harley Davidson. And Apple fans have not only venerated their Macs, they have also deeply believed in the transformative power of the savior of their brand: Steve Jobs. Are then religions becoming brands while brands are becoming religions?

When religious organizations try to market and brand their products, they, however, meet the limitations of religious marketing and branding. The first limitation is the vulnerability of transcendent claims. Religious and spiritual products are linked to some sort of transcendent claim. Explicitly or implicitly, they promise some sort of “salvation good”. Problems may arise when religious organizations try to be too specific in their claims, opening themselves up to criticism. Thus, Jehovah’s Witnesses have been criticized for their erroneous predictions of the end of the world, Scientology and various spiritual techniques have been under attack concerning the effectiveness of their therapies, and young world creationists are ridiculed for their beliefs. These problems occur when the claims of religious organizations concerning salvation goods are too specific and thus falsifiable; it does not occur when the claims are general and non-falsifiable. In the latter case, religious organizations find themselves in the company of secular organizations that also market and brand their products with all kinds of rather far-fetched unverifiable promises and claims.
Since religious organizations are mostly non-profit organizations or voluntary associations, it is often very difficult to control the stability and quality of the “product”. The way a religious service in the reformed church is performed in one village may differ greatly from the way it is performed in another. Denominational names may be stable, but the “product” underneath may differ drastically.

Another obstacle is related to limited acceptance by the general public due to a number of converging reasons. First, religious organizations are considered non-profit organizations relying chiefly on donations; the public may therefore adopt a critical view if the donated funds are used to promote the “public image” of the organization. Second, religious goods, especially salvation goods, are perceived as non-sellable; promoting them can therefore be seen as a form of desacralisation, of breaking a taboo. Third, the public is increasingly critical when organizations are seen to be trying to “manipulate” people. A related limitation is the acceptability by the group members themselves. A great many religious organizations also face internal opposition to marketing and branding. Members and staff of churches may see marketing as the exact opposite of their beliefs and religious practice. Marketing may be thought to go against the central religious message, or to soften or alter it.
Finally, a further limit to religious marketing and branding lies in the fact that religious organizations may lack the necessary skills to do marketing. Marketing is normally not taught in theological seminaries or in other religious group schools and universities.

A first group of papers in this volume looks at the demand-side of religious and spiritual consuming or the influence of religiosity on demand.

Jean-Claude Usunier explores how the General Agreement on Trade in Services (GATS, 1995, one of the 18 trade agreements in the World Trade Organization) promotes the global commoditization of religions. GATS legally opens the way for free trade in religious services worldwide. Usunier further questions in detail whether marketing concepts and practices apply to religion and gives a positive, though nuanced, answer.

Jochen Hirschle argues that consumption competes on both the level of imaginations and the level of social action with religious institutions. In the empirical part of his paper, he tests this hypothesis by analyzing the development of income, consumption-related leisure activities and church attendance using a sample of young German Catholics. It is precisely in these confines, on the borderline between economic/secular and non-economic/sacred realities, that late-modern spiritual consumers try to reconfigure meaning.

A second group of papers investigates the supply side, i.e. the applicability of marketing/branding concepts and practices to religious organizations.

Olivier Favre studies the ICF (International Christian Fellowship), a Swiss evangelical movement established as a Church since 1996, as an important example of religious marketing consistent with a modern urban environment. From its start, the organization has aimed to attract young adults by developing appropriate marketing tools, sustained by a radical growth strategy. Favre shows that the insistence on marketing by ICF leads to interesting “blurring” phenomena.

Thomas Wagner analyses the musical worship experiences of congregation members of the Australian and London branches of Hillsong Church, an Australia based inter- and trans-national Pentecostal church that brands itself through its distinctive musical offerings. Through interviews with the musicians and technicians as well as “lay” members of the church, Wagner seeks to comprehend the complex interplay of pragmatic production decisions, the understandings of locality among the musicians and members of Hillsong, and how these understandings inform the experience of the Hillsong brand.

Hanifa Touag investigates traditional Muslim healing rites—roqya—by Salafists in France and Belgium. Drawing on ethnographic research and interviews with both practitioners and patients, Touag describes, how the roqya rite has been able to impose itself on a “market of healing”. The adoption of the rite is shown to combine secular and spiritual attributes and functions.

Markus Hero shows that the concept of entrepreneurship applies extremely well to the field of alternative spirituality. Drawing in an original way on neo institutionalist theory, Hero focuses on spiritual small businesses that tailor their health services by propagating religious connections to human identity, the body and its health as a discursive way of generating trust.


Philippe Simonnot, in his contribution on the Temple of Jerusalem discusses the “business model” of Jewish monotheism as a Unique Selling Proposition, a classical advertising copy strategy. Simonnot shows that, despite a shared tendency of all religions to want to be sole and exclusive suppliers, monotheism is better placed than polytheism because, as a matter of principle, it gives to a single God.

The contribution by Jason Dean on “non-fortuitous limits to the brand metaphor in the popularizing of ‘justly balanced Islam’” also looks at social, political, symbolic, and legal rivalries in the competition among churches. Dean shows that a Bourdieusian, sociological model of rivalry is more appropriate for describing religious competition than a Beckerian, economic model.
Finally, Steve Bruce presents a critique of the market-of-religions paradigm and explains why he rejects the rational choice theory of religion, before outlining in an original way the circumstances in which such an economic approach to religion would be viable. As we read Bruce, his view on secularization is in no way incompatible with the religious marketing and branding that is presented in other papers in this book.

All papers in the book show new perspectives on the marketization of religion and spirituality. We hope that they will—in their combination—help to encourage future research and thinking in our overlapping disciplinary fields.