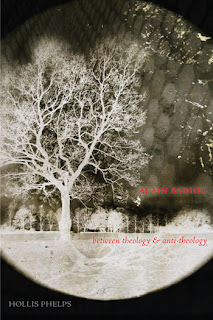 Like many who work at the intersection of theology and continental philosophy of religion, I was first introduced to the work of Alain Badiou through his Saint Paul: The Foundation of Universalism. In the midst of one of those all-too-common intellectual crises that go hand-in-hand with graduate study, I was immediately taken in by Badiou’s attempt to resurrect Paul as a militant figure concerned with establishing the relationship between truth and the subject.

I subsequently began to devour Badiou’s other writings, including his intimidating Being and Event, but I gradually became more and more confused about the relationship that his philosophy maintains with theology. On the one hand, it seemed that Badiou was quite clear in his outright rejection of theology and its basic assumptions. Even the most cursory reading of the explicitly ontological sections of Being and Event shows as much, asπ πthe book is, in many ways, a mathematical inscription of the death of God at the ontological level. “God is dead at the heart of presentation,” Badiou says. On the other hand is Saint Paul. Despite Badiou’s insistence to “care nothing for the Good News he declares, or the cult dedicated to him,” Badiou’s extremely strong reading of Paul could rival that of any theologian, so long as we bracket metaphysical claims, of course. Coupling that reading with the theological overtones that in general accompany many of Badiou’s most cherished philosophical concepts left me unclear about the role of theology in his philosophy.

Most of the secondary literature on Badiou appeared to me to recapitulate this apparent disconnect in Badiou’s philosophy, usually stressing one side or the other. Interpreters who prioritize the way in which Badiou’s mathematical ontology undermines onto-theology have tended to take Badiou’s use of theology as epiphenomenal to his philosophy as such, so much so that a sustained investigation of it hardly warrants serious consideration.  When Badiou does rely on certain theological themes, as we see in, for instance, Saint Paul, it is only to provide an example of a more essential philosophical point, a point that could have been made without an appeal to theology. In contrast are those who view Badiou’s philosophy as animated by an irreducible theological core. Interpretations that take this line range from the sympathetic to the critical, but there is general agreement among them that Badiou relies heavily, if not always explicitly, on theology to develop some of his most important philosophical concepts. The emphasis of such interpretations usually falls on concepts associated with Badiou’s theory of the event, whose most cogent representative is Paul. What both of these general orientations lack is any attempt to provide a comprehensive account of the way in which theological themes and concepts function constructively in Badiou’s philosophy as a whole.

Enter Alain Badiou: Between Theology and Anti-theology, which is my attempt to wrestle with the role that theology plays in Badiou’s philosophy. Throughout I provide a coherent interpretation of Badiou’s use of theology, an interpretation that seeks to take seriously how theological elements function in and among the various dimensions of his philosophy. In the first two chapters, I read the basic elements of Badiou’s philosophical system as constitutive of what I call an anti-theology: his philosophy is not merely non-theological, in the sense that it remains indifferent to theology and its concerns; it rather comes out explicitly against theology, and in doing so attempts to provide an anti-theological alternative. Accordingly, in Chapter 1 I discuss how Badiou’s identification of mathematics and ontology provides the formal means for articulating this anti-theology, which in turn determines its content: the decision for the pure multiple or multiple-without-one as primary displaces the one of onto-theology; the void, the subtractive suture of a situation to its being and the initial point of presentation, displaces the name of God as the ground of presence; the transfinite unbinds being from the one, releasing the infinite from its designation as an inscrutable attribute of supreme being towards multiplicities of infinities transmissible in knowledge.


Ontology is, however, not an end in itself for Badiou, and it serves ultimately as a  propaedeutic to philosophy proper, whose main concern is the construction of a theory of truth and the subject. Chapter 2 discusses the formal elements that constitute Badiou’s theory of truth and the subject, beginning with Badiou’s doctrine of the event. Events are ruptures that have the potential to force absolutely new trajectories in situations, trajectories that correspond to the production of truths. The conceptual apparatus that supports the passage from events to truths, specifically the interrelated notions of intervention, nomination, evental recurrence, resurrection, fidelity, and forcing, constitute a subject as the local configuration of a procedure of truth. So understood Badiou’s theory of truth and the subject continues the anti-theological emphasis of his ontology in regard to historical situations: truths, and the subjects that correspond to them, are local, historical productions. Although Badiou ostensibly uses mathematical deduction as the model for his theory of truth and the subject, he consistently relies on theological notions to articulate it, which brings up the question of the role of theology in his philosophy.

Chapters 3 and 4 deal with this issue in detail. In Chapter 3, I provide a more detailed discussion of how science, art, politics, and love, understood as domains or procedures of truth, function as conditions for philosophy, both individually and in their interrelationship. Although philosophy is, in this sense, constituted through its relationship to truths, philosophy also has to negotiate its relationship to two other discourses: sophistry and anti-philosophy. It is common to set Badiou’s philosophy in sharp contrast to these discourses, but I suggest that both are necessary to his entire enterprise. Whereas sophistry conditions philosophy by limiting its pretensions towards dogmatic totalization, anti-philosophy plays a more constructive role, to the extent that the philosopher must pass through anti-philosophy before doing philosophy. This last point is important, since I also argue that one of the dominant characteristics of anti-philosophy is a theological impulse that animates it.


The identification of anti-philosophy with a theological impulse serves as the foundation for the argument made in Chapter 4, where I deal more explicitly with the theological elements at work in Badiou’s philosophy. In addition to a discussion of the role of theological language in Badiou’s philosophy, I provide a critical reading of Saint Paul, in which Badiou reads Paul as an anti-philosophical thinker of the event. Based on my reading of Saint Paul in light of Badiou’s system as a whole, I go on to argue, however, that the event itself functions in an anti-philosophical, and thus theological, register in Badiou’s philosophy. I am aware that this is a contentious claim, and Badiou does attempt to avoid the anti-philosophical bent of his theory by dialecticizing the event. However, I suggest that this dialecticization itself adopts a theological form, one that is eschatological in orientation. Such a claim certainly goes against the grain of many interpretations of Badiou. Nevertheless, to support this claim, I focus on Badiou’s notion of periodization as found in Theory of the Subject, a notion that is meant to replace a circular and idealist dialectic with a materialist dialectic that emphasizes the passage between contingent historical sequences. I then link the notion of periodization to the notions of intervention and evental recurrence, as found in Being and Event, and the resurrection of truths, as found in Logics of Worlds. When combined with forcing as the knowledge of truth in the future anterior and the eternality of truths, these notions construct a time that is eschatological, a time constructed through retroaction and anticipation. Simply put, this time requires belief or faith in the “yet to come” of truths.

In the end, my goal is not really to take sides in regard to the role that theology plays in Badiou’s philosophy. I do not suggest that Badiou needs to further purge the theological from his philosophy; nor do I argue that he needs a more “robust” engagement with theology. Rather, my goal is to clarify the role that theology actually plays in Badiou’s philosophy, which I hope will serve as a foundation for more constructive work in the future.———————– 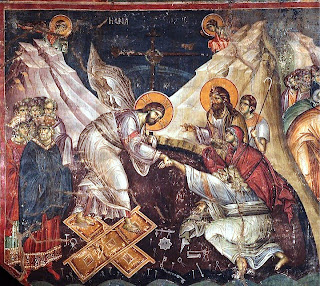 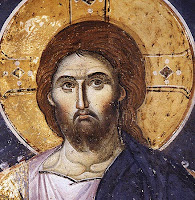 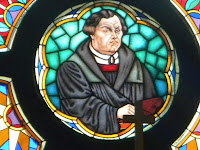 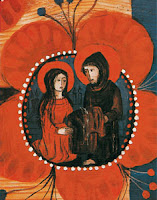 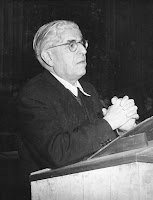